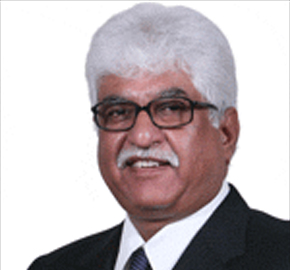 Mr. Rakesh Bharti Mittal is Chairman and Non-Executive Director in the Company since 10th September, 2009. Mr. Mittal holds Directorship in 19 Companies. Being a long standing and active member of the Confederation of Indian Industry (CII), Mr. Mittal has been elected as President of CII for the year 2018-19. Mr. Mittal has been a member of the CII National Council since 1999 and has served as the Chairman of CII CSR Council, Development Initiative Council, National Council on Agriculture, CII Public Policy Council and the Membership Council. He has also served as a member of several CII National Committees as well as the Chairman of its Northern Regional Council.

Mr. Mittal is a member of India-UK CEO Forum, India-Japan Business Leaders’ Forum, India Pakistan Joint Business Forum (IPJBF), Founders Circle - Brookings India and the Indian Council for Research on International Economic Relations (ICRIER). He is also a member of Board of Governors of Indian Institute of Corporate Affairs (IICA). In the past, he served as a member of Agricultural and Processed Food Products Export Development Authority (APEDA). He has also served as member of the Society of Indian Council of Agricultural Research (ICAR) and the National Food Processing Development Council (NFPDC), MoFPI, Government of India.

Mr. Mittal has been awarded the Honorary Doctor of Civil Law Degree by Newcastle University, UK. He is a recipient of several awards including the prestigious ’Horasis – Indian Business Leader of the Year 2016 Award (Internationalization), ‘Institute of Engineers - Engineering Excellence Award 2004’, and ‘LMA - Entrepreneur of the year Award 1992’.

He also serves as Honorary Consul for Republic of Sierra Leone in India.

Mr. Akhil Gupta is Non-Executive Director of the Company since 27th October, 2005. Akhil is the Vice Chairman of Bharti Group and Executive Chairman of Bharti Infratel Limited. He has played a pivotal role in Bharti’s phenomenal growth right since inception and has been closely involved from the very beginning in the growth of Bharti in the telecommunication services sector – both organically and by way of various acquisitions.

He has led the formation of various partnerships for Bharti with leading international operators like British Telecom, Telecom Italia, Singapore Telecom and Vodafone in addition to induction of leading financial investors like Warburg Pincus, Temasek, KKR, Qatar Foundation Endowment, AIF and Sequoia among many other Private Equity funds. He has also been instrumental in raising several billion dollars by way of project finance for the Group over the years from global banks & bond markets.

He has conceptualized and implemented the transformational initiatives that include the outsourcing deals undertaken by the group in the areas of Information Technology (IT) with IBM, Network Management and has also been responsible for the separation of passive mobile infrastructure and forming Indus Towers - a Joint Venture with Vodafone and Idea, which has become the largest tower company in the world and is a unique example of collaborating at the backend while competing at the front end. With innovative thought leadership, he has helped Bharti Airtel in becoming the lowest cost producer of minutes worldwide while ensuring that it provides good margin despite the lowest tariffs in the world.

In June 2010, he was instrumental in executing the acquisition of Zain Group’s mobile operations in 15 countries across Africa for an enterprise valuation of over USD 10 billion which is the second largest outbound deal by an Indian company.

He has also spearheaded the successful public listings of both Bharti Airtel (2002) and Bharti Infratel (2012) and has been instrumental in introducing Global benchmarks like full Quarterly audits and transparent Quarterly reports to provide all relevant information to investors & stakeholders. Consequently, Bharti Airtel and Bharti Infratel have been constantly awarded highest ratings for Corporate Governance and are acknowledged globally for highest standards of ethics.

He is currently the Chairman of TAIPA (Tower and Infrastructure Providers Association) and President of TSSC (Telecom Sector Skill Council). He represents the Indian Telecom Industry and Bharti regularly at various forums and important seminars in India and abroad.

He is a Chartered Accountant by qualification with over 30 years of professional experience. He has also done an “Advanced Management Program” at the Harvard Business School in the year 2002.

He is the recipient of numerous awards which include “EY Entrepreneur of the Year Award 2017” as an Entrepreneur CEO, CA Lifetime Achievement Award by ICAI, Lifetime Achievement Award by Amity University, “CEO of the Year” award at National Telecom Awards, “CA Business Achiever” award, “Asia Corporate Dealmaker” award at the Asia Pacific M&A Atlas Awards, “Best CFO” awards in multiple categories at CNBC – TV18 and induction to “Hall of Fame“ by CFO India. 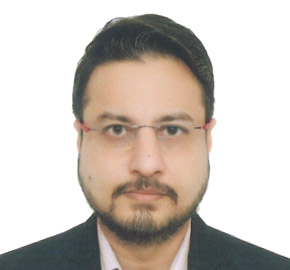 Mr. Harjeet Kohli serves as the Director of the Company since 29th August, 2016. Starting as a corporate & investment banker & finance professional leading into business roles, Mr. Kohli has 21+ years of work experience. As the Director Finance for Bharti Group, he sponsors the business value proposition & growth for all of group's emerging businesses, across Insurance, Real Estate, FMCG, Tech & Distribution & others apart from leading the group’s and Airtel’s corporate finance, funding and risk verticals.

Prior to joining Bharti group, he had 12 + years of corporate & investment banking experience at Citibank, across business build-outs, product lead, structuring, sales, relationship management, capital markets & market management. Having played the role of a Trusted Advisor to clients across all their senior needs, organic as well as strategic; complimented well by corporate / buy side roles across capital management and business - provides him the ability to look at diverse businesses, across industries and varied evolution and situations, for strategic interventions so as to create and enhance value.

Mr. Rajesh Sud is a Non-executive Director in the Company since 28th August 2019. He is also the Managing Director of Bharti Life Ventures Private Limited.

As a part of the founding management team, Mr. Sud established successful multichannel distribution architecture and created a differentiated brand positioning for Max Life through its focus on people, processes, quality and training. As the Chairperson of Max Bupa Health Insurance, he played a pivotal role in realizing the Company's mission to help people live healthy and happy lives. As the Chairperson of Max Skill First, the Company added to the organizational capabilities across corporates by delivering best-in-class skill development programs in areas of frontline sales and services.

Prior to joining Max Life Insurance, Mr. Sud was associated with Esanda Finance India as Managing Director & CEO, a subsidiary finance company of ANZ Grindlays Bank and was the Head of Asset Finance at ANZ Grindlays Bank. He started career at Bank of America and was a key member of the team that created a successful Consumer Banking franchise in India and was an integral part of the team that transited that business to ABN Amro Bank, upon its sale in 1999.

Mr. Sud is a post graduate in Marketing and Finance from Faculty of Management Studies, Delhi University and has completed Advanced Management Program from Wharton Business School, USA. He mentors select start up CEOs and a technology focused Venture Capital fund and is also the founding member and past President of The FMS Forum, a not-for-profit organisation dedicated towards improving management education. 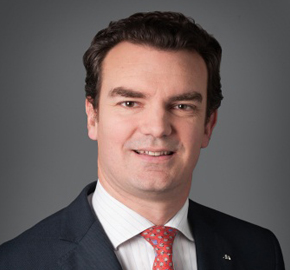 Mr. Jean Paul Dominique Louis Drouffe serves as Director of the Company since 6th January 2016. Mr. Drouffe has served as Chief Executive Officer of AXA Insurance (Singapore) & Strategic Development Officer - India, Malaysia, Vietnam at AXA since June 2018. Mr. Drouffe had been Chief Executive Officer for Singapore Operations at AXA SA and Chief Executive Officer of General Insurance - AXA Asia at AXA SA. He served as Group Finance Risk & Strategy Director of AXA UK Plc, Executive Director of AXA UK Plc, Executive Director of Guardian Royal Exchange plc. He was Director of Charter Ping An Insurance Corporation and Bluefin Advisory Services Limited. Mr. Drouffe joined AXA Group in 2000 launching the AXA Group Risk Management practice through various roles in the Economic Capital project. In 2004, he joined AXA UK & Ireland, where he took up the transversal position of Head of Financial Risk Management. In June 2008, he served as Finance Director of AXA Insurance, the UK P&C company of AXA. Prior to joining AXA in 2000, he worked for Arthur Andersen, as a Pension Actuary. He is a member of the Financial Regulation and Taxation Committee for the Association of British Insurers.He graduated from École Polytechnique in Paris (from September1994 to July 1997) Majored in Economics and Applied Mathematics, ENSAE (from Sep 1997 to Aug1999) Majored in Economics, Insurance, Finance and Statistics and is a Qualified Actuary from French Institute IAF ( Dec 1999). 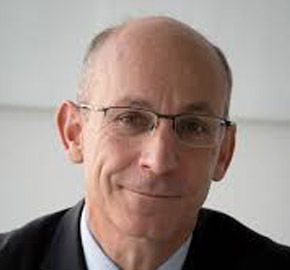 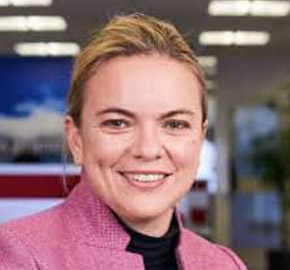 Ms. Garance has attained BA in Finance & Management from Universite Paris IX Dauphine, MSc in Politics of the World Economy from The London School of Economics, MSc in Economics (Honours) from Institut d’Etudes Politiques and MBA programme from INSEAD. 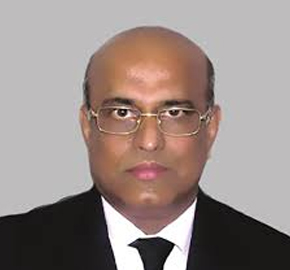 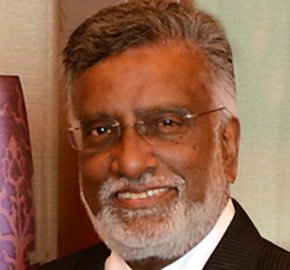 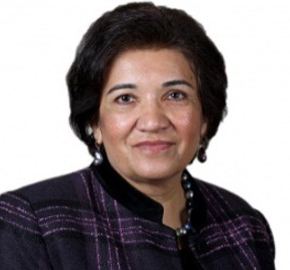 Ms. Uma Ajay Relan is an Independent Non-Executive Director in the Company since 10th February, 2015. Ms. Relan specialises in Consumer Credit and spent much of her career with Citigroup working in multiple geographies, various banking disciplines and diverse product groups.  She worked in Dubai for 6 years as head of credit for the Gulf region where she successfully launched the first credit card portfolio in UAE.  The bulk of her career has been with Citigroup’s consumer business where she was the principal architect of the growth story in several markets across the globe.  She has the distinction of being a Level 1 Senior Credit Officer (the most senior credit designation in Citibank) for both commercial and retail lending. 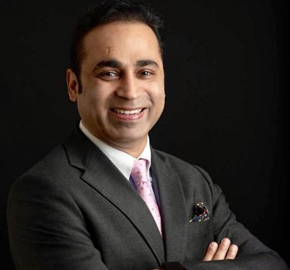 Parag Raja is the Managing Director and Chief Executive Officer of Bharti AXA Life Insurance, one of the leading life insurance companies in India. He leads the company in its next phase of growth and transformation and aims to achieve its mission of protecting and empowering every Indian through insurance.

Parag, a conscientious and result-oriented leader with deep-rooted values and a global outlook, has a strong bias for action with a proven track record in delivering sustainable results. He planned and executed the strategic direction for expanding Aditya Birla Sunlife Insurance’s footprint across India and spearheaded robust sales growth. At Max Life Insurance, he grew through the ranks in the Agency channel to become the Head of Agency, and was also instrumental in building the Axis Bank partnership to make it the largest non-captive and third-largest bancassurance relationship in the country. He replicated this success with the HDFC Bank relationship at Aditya Birla Sunlife Insurance and also signed up many other key banks and corporate agency alliances. In the financial services space, he has also worked with ICICI Bank and ANZ Grindlays Bank.